The "Little Envoy Cloud Diplomacy", an international competition to promote understanding through education came to an end. This themed competition was sponsored by Suzhou Education Association for International Exchange.

After three months of preparation and one month of competition, three groups of six students from Grade 12 in our program and three students from Halifax West High School in Nova Scotia, Canada worked together on an activity and through their efforts won three awards. 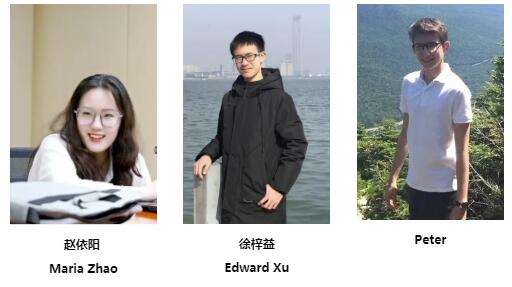 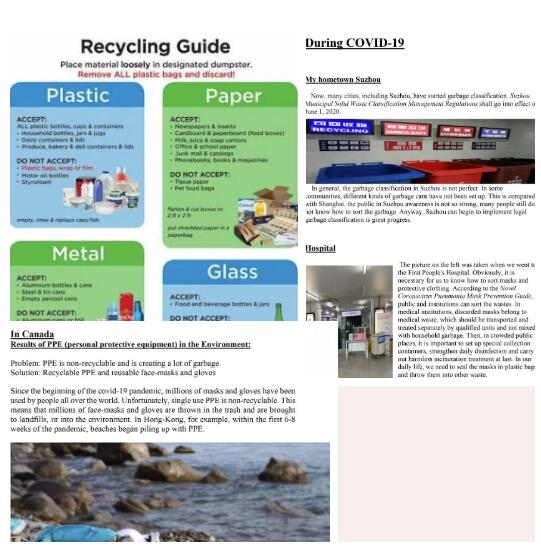 The whole research report combines theory with practice, especially as it relates to the situation after the epidemic in Suzhou. Students were able to make field visits, take photos and record their findings and present the whole problem in detail through pictures and interviews. In the end their effort won them second prize in the Excellent Academic category. 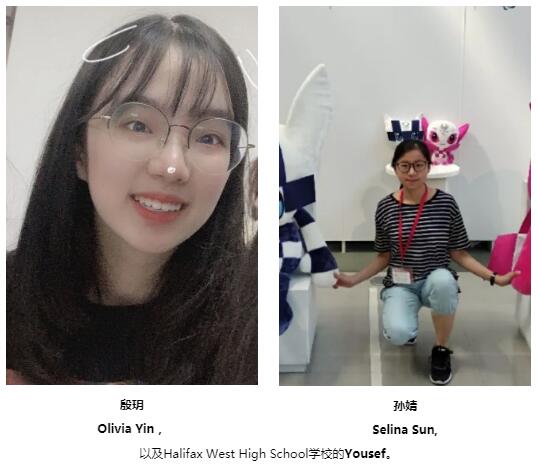 The group creating a video called on people to properly classify garbage, pay attention to how to classify garbage, how to prevent it, and how to pay attention to public health and safety during the epidemic.
The group findings also call on everyone to protect the environment now and in the future. The project started from the simple and moved to much deeper meaning involving many issues about garbage classification and environmental protection. The groups fine teamwork won them first prize in the Excellent Video category.

Both China and Canada are carrying out garbage classification, In Canada this work has been happening for several years, and it has already become a habit with the population. So what are the differences between China, who have just started this journey of garbage classification and Canada in terms of rules and implementation?
The group presented three creative poster works. Each one was concise and easy to understand. Their creativity won them. second prize in the Excellent in Creative Arts category. 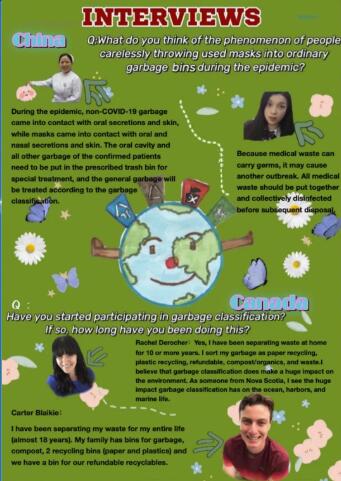 The theme of this educational international understanding activity is "Green Homeland" an environmental protection focus shared by two strong nations. Through the three dimensions of "3R" namely Reuse, Reduce and Recycle, the participating students conducted cross-cultural research and learning about public health after the epidemic. Through the practical exploration of garbage classification, protection of marine environments, forest and endangered species, utilization of renewable energy, and response measures to climate change they shared learning that will be valued now and in the future.
The activity has gone through several links, such as confirming the friendly school, negotiating the exchange program, pairing cooperation between teachers and students, and collecting the results of the activity. With the careful guidance and support of the two teachers, Ms. Dai Shuangyong and Ms. Cheng Xinxin, the students have finally completed their work after several rounds of overseas video discussions and cooperative learning.

During the whole process, students not only had to overcome the inconvenience caused by the time zone difference, but also had to reach a consensus through cross-language cultural communication. Fortunately, all students of our program have received English courses from foreign teachers, which played a critical role in the process. 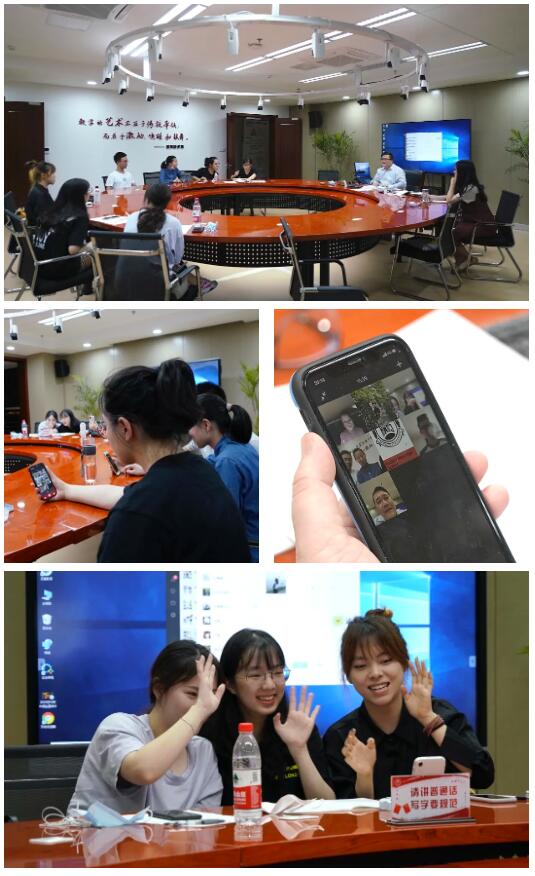 Although international exchanges and visits have been greatly affected by the epidemic, we are still able to communicate and interact with Canadian students on the other side of the ocean through online platforms.
This activity not only encouraged students to carry out cross-cultural research and study but also helped our school to have in-depth communication with sister schools abroad.
I believe that through this activity, the students not only gained knowledge about a research topic that they had not been exposed to before, but also gained valuable experience in interpersonal communication, teamwork, international understanding and insight into our ever changing global world.
Prev
Next
Back